Those of us who headed west this summer to the sunny Cambrian Coast may be familiar already with the lodge house below, or what’s left of it.  This imposing structure was once the gatehouse to one of the finest country piles around, according to Cadw. [1] 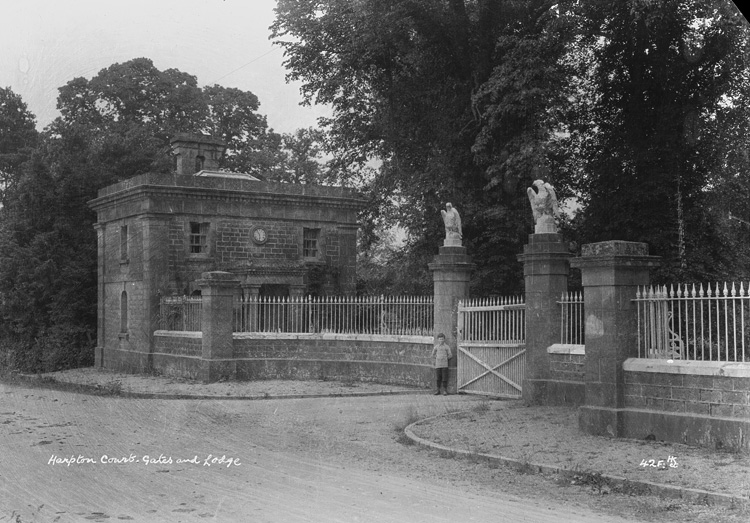 The lodge house and gates are found on the A44 trunk road which runs from Oxford right across Wales to Aberystwyth. Google Street View of it, here [2].

It was the lodge to a country estate known as Harpton Court, which straddled the old Marches boundary between Herefordshire in England and Radnorshire in Wales.

There is nothing to speak of Harpton Court today.  Until 1911, though, it was for centuries the country seat of the ancient Cornewall Lewis family. All of whom have long since died out; with the last surviving Lewis expiring in most dramatic fashion.  More on him later!

The Cornewall Lewis family was well known in its day for producing the most odious parliamentarians, both Tory and Liberal. 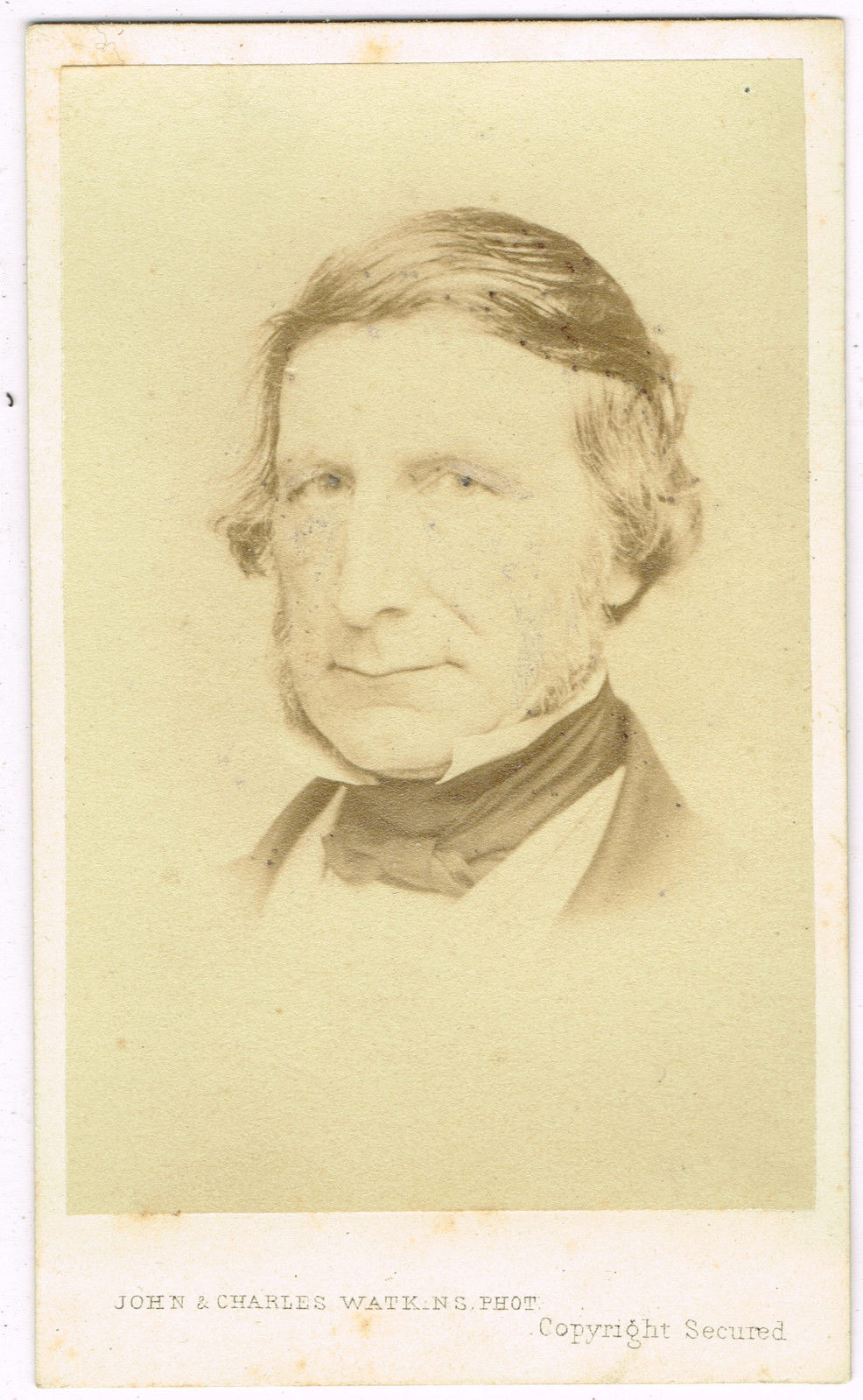 Sir George Cornewall Lewis, 2nd Bt, of Harpton Court (see left) was perhaps the most infamous of his clan.  Serving in the Palmerston governments of 1855~1865  (think Opium, think War).

Elected as MP, firstly for Radnor, then for Hereford, Sir George was appointed Home Secretary, Chancellor of the Exchequer, and finally War Secretary, under the governments of Old Pam, the nickname for the 3rd Viscount Palmerston.

Prime Minister Palmerston was notorious for engaging in the worst examples of imperialistic looting and organised crime. All clinically executed under the guise of advancing “free trade“. Not least for promoting drug trafficking, and money-laundering; seizing Hong Kong by force from the Qing dynasty; and for handing power to the hongs (corrupt Sino-British trading houses) dominated by the dope-running John Swire & Sons, Jardine Matheson & Co., et. al.  [3]

A towering obelisk to Sir George Cornewall Lewis stands in the nearby town of New Radnor. While in Hereford, a hideous bust of the old rogue was erected outside the former Shirehall.  Lest we should forget Sir George and his vile legacy!

Our interests here, though, focus not on the Lewis family, but on their country estate – Harpton Court on the Marches border.   There’s little to see of the house today. The most antiquated parts of Harpton Court (see below) were apparently demolished in the mid-1950s, soon after being listed as an important historic building. Mysterious enough! 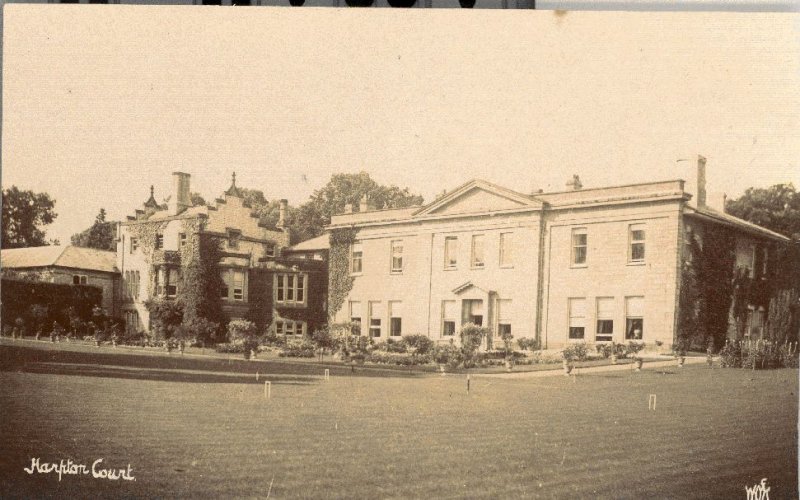 HARPTON COURT: as it once stood, apparently

Harpton Court is truly enthralling, though, for its historical link to the Sinking of the Titanic. 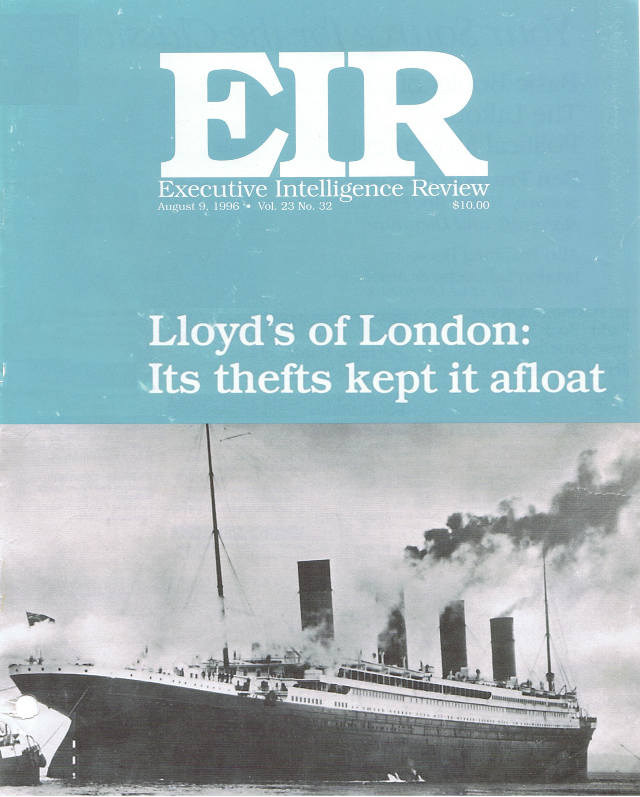 LLOYD’S OF LONDON: its thefts kept it afloat

There are many who believe that the “Sinking of the Titanic” was nothing but a fraud. That, in truth, no ship went down with 1,500 poor souls aboard.

That in some way or other – possibly a vessel-switch with an “identical sister ship” – the Sinking of the Titanic was just an invention, a fabrication, a big lie.

In practice, a vast insurance swindle; a conspiracy cooked up by the floundering White Star Line Company and Lloyds of London – for centuries the world headquarters of maritime insurance.  [4] 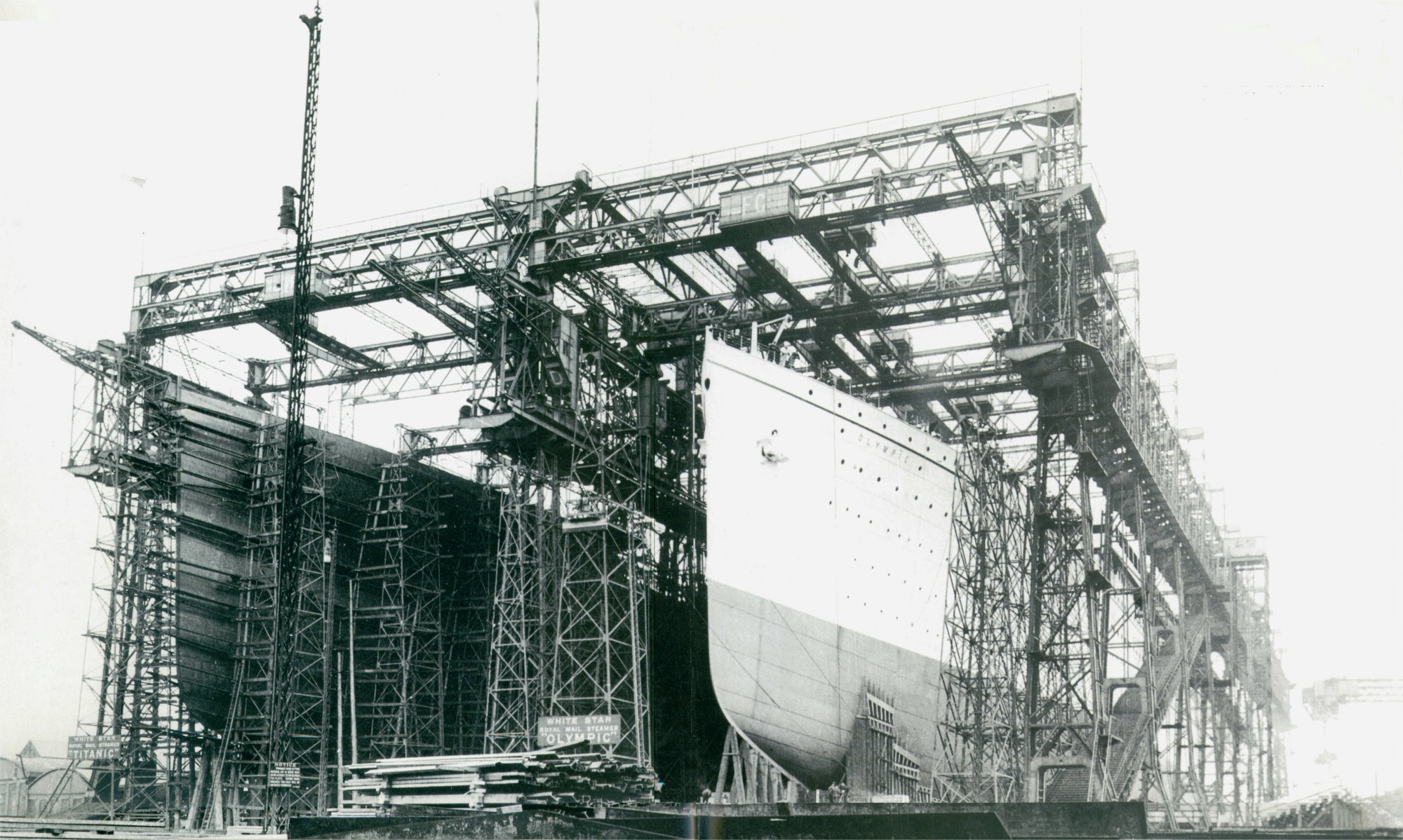 “IDENTICAL SISTER SHIPS” ?  – RMS Titanic (left) and RMS Olympic (right) — a French investigator writes: “These photos are clearly fake and were intended to make us believe they built two ships. I think, that only one was built – the « Titanic » – and it didn’t sink, but was vanished and reappeared under a new name: the « Olympic »”  [5]

The Titanic bill for the insurance underwriters – life, accident and marine – was at the time put conservatively at £50 million – about £5 billion or US$8 billion in today’s money. All counted, it probably soared higher still, for the thankless Lloyds Names who were obliged to pay up.

Contemporary newspaper articles about the Titanic are most revealing. In particular, the incredible eyewitness account of Titanic survivor, “Lady Duff Gordon“. When read with a critical eye, her account, it would seem, blows the cover on the whole sordid scam.

“Lady Duff Gordon“ and her husband “Sir Cosmo Duff Gordon“, and the story of their rescue, became “the first eye-witness accounts” to disseminate around the world. Reaching Europe by “cablegram” just hours after the disaster.

Lady Duff Gordon‘s tale was delivered so soon and in such detail that it could only have been pre-written. Moreover, her first-hand testimony was to become the backbone to the whole story.

Notably, in those press reports, Lady Duff Gordon was portrayed as astonishingly cruel and callous.

A lady of title who bribed the oarsmen in her half-empty lifeboat to row swiftly from the scene. Lest it were “swamped” by the drowning masses!  Leaving 1,500 souls to the mercies of the deep open sea.

One poor fellow, close to death, who tried earnestly to clamber aboard her boat was unceremoniously shot dead, in case he capsized her little craft!

Even aboard the lifeboat, Lady Duff Gordon was unmoved by the vast human tragedy around her. Lamenting instead – for the benefit of the world’s press (!) – the loss of her furs, her lace nightgown and of course her jewels. She tells a crazy, crass tale!

It was a clever secondary narrative written around Lady Duff Gordon. A tale of breath-taking abuse of her social status and privilege, and of merciless contempt for her fellow man.

At the time Lady Duff Gordon served as a vital distraction from the main story of the Sinking; allowing the bulk of the story to pass largely unchallenged. And for years to come, the name Duff Gordon would evoke huge public outrage at the injustice of it all!

Yet it’s doubtful that Lady Duff Gordon and husband Sir Cosmo ever existed at all. They feel very ‘simmy’ (simulated; fictitious).  A pair of Aunt Sallys.  After all, why forfeit the reputation of real aristocrats when “sims” will do just as well?

The “Duff Gordon” name is, however, linked in more tangible ways to the White Star Line Company, owners of the legendary vessel, and to the potential beneficiaries of the Titanic scam.

But to discover why, we must return to Harpton Court!.. 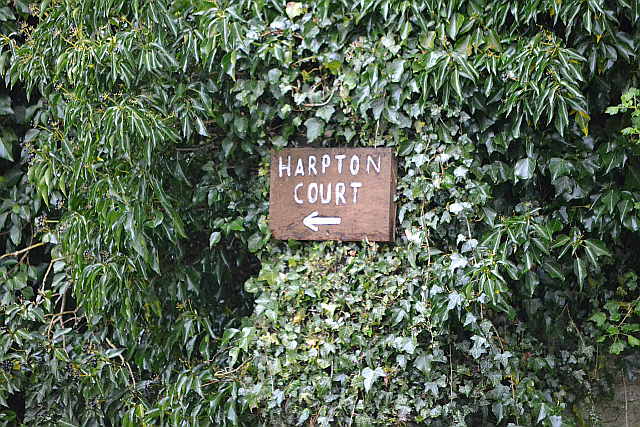 At the end of that long avenue of trees once stood Harpton Court. Said to be the finest country house in the whole of Radnorshire.  For centuries, home to the noble Lewis family, who produced a host of MPs, a Home Secretary, Chancellor, War Secretary, and so on. 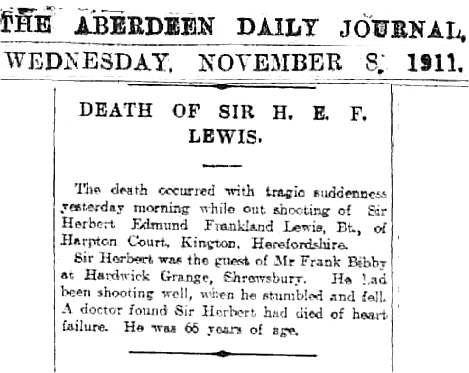 The demise of Sir Herbert occurring, reportedly, at Hardwicke Grange near Hadnall, Shropshire, the home of Frank Bibby. 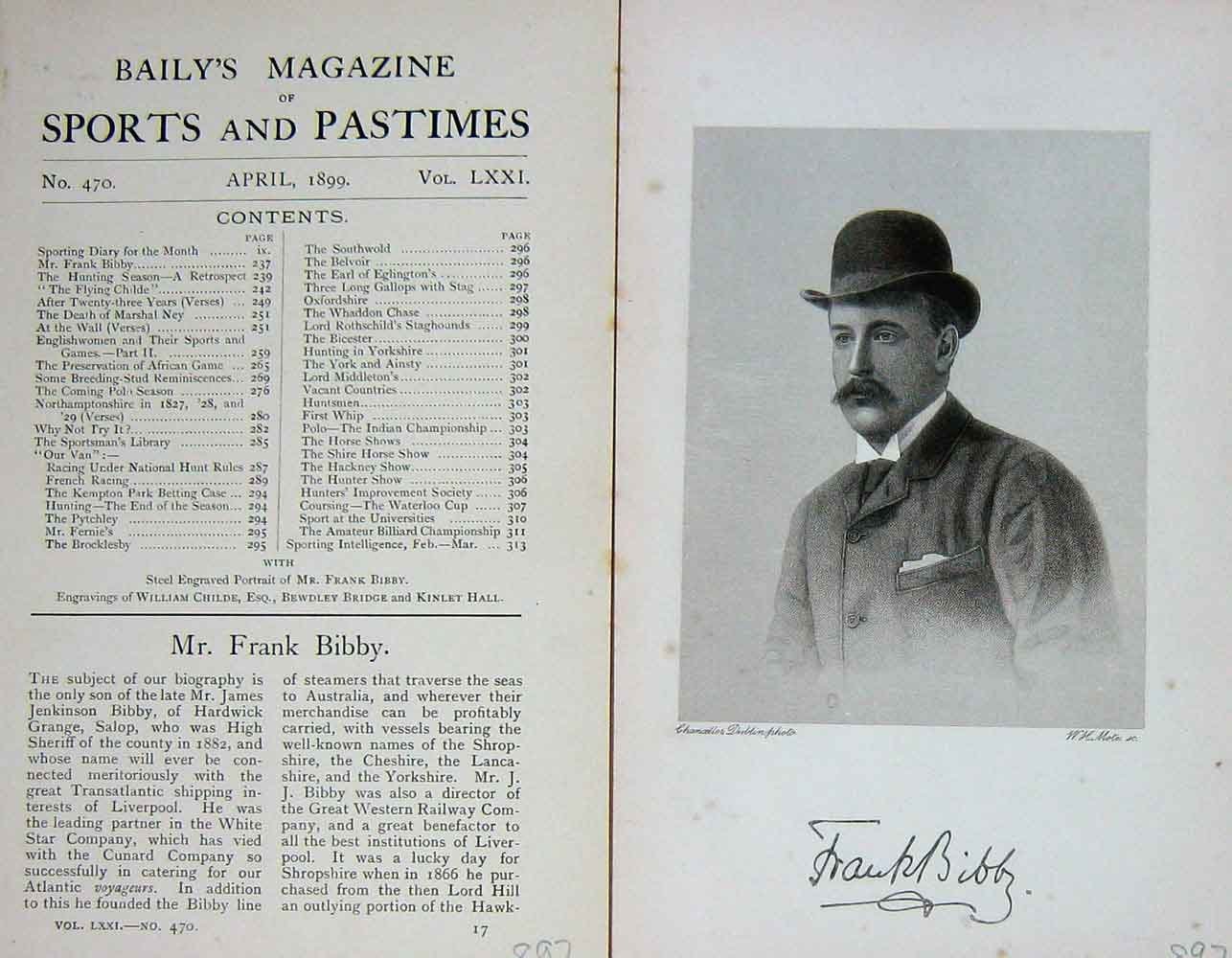 Frank Bibby was the only son of JJ Bibby, the Liverpool shipping magnate, and leading partner and major shareholder in the White Star Line Company, owners of the legendary RMS Titanic.

When Probate was granted, the Lewis estate – probably fondi-owned; a pooled asset of the financier-oligarchy – was passed nominally to the “Duff Gordons“.  The “Duff Gordons” were purportedly Lewis’s closest living relatives (although described elsewhere as just “family friends”). Either way, by February 1912, a “Henry Duff Gordon” (whoever he was) had fully moved in to Harpton Court.

Like all country estate owners of the time, the Duff Gordons of Harpton Court employed servants. One of them was footman “Joseph Henry Boothby” – who shortly was to go “MIA (Missing In Action) in France” during WWI, which got rid of him. 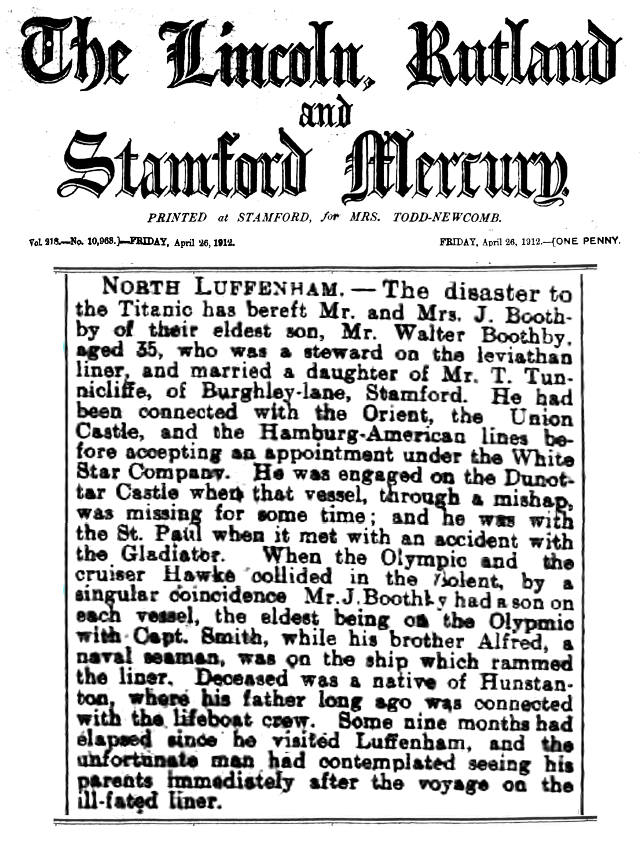 Joseph had an elder brother called “Walter Thomas Boothby“. Walter was a steward aboard the Titanic. When the great ship went down, so did Walter.   Another curious link to the White Star Line and the “Duff Gordons“.

Before joining the crew of the Titanic, Walter Boothby worked on her “essentially identical” sister ship, the RMS Olympic.

In fact Walter Boothby was supposedly aboard the Olympic when we’re told she collided catastrophically with the Royal Navy warship HMS Hawke.  Singularly bad luck for those Boothbys! 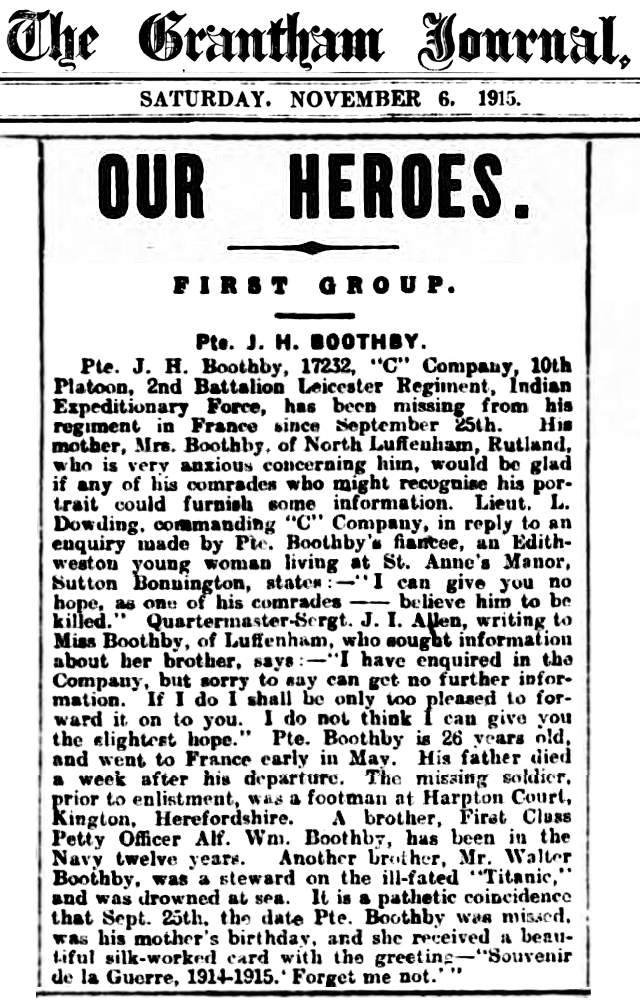 And for a grand finale of bizarre coincidences, who was aboard the HMS Hawke at the time of her alleged collision with RMS Olympic? Why, no less than ANOTHER Boothby!

“Alfred William Boothby“, another brother to fellow vicsims Walter Boothby and Joseph Boothby who worked as footman to the Duff Gordons of Harpton Court!

Even the final resting place of the Duff Gordons is implausible. You’d think their aristocratic background would buy them a cosy family vault somewhere on their (stolen?) country estates.

Or, at the very least, squeezing them into the parish church of St Stephen in nearby Old Radnor? But, no, Sir Cosmo and Lady Duff Gordon, famous survivors of the Titanic disaster, were buried, apparently, at Brookwood Cemetery in Surrey. [6] 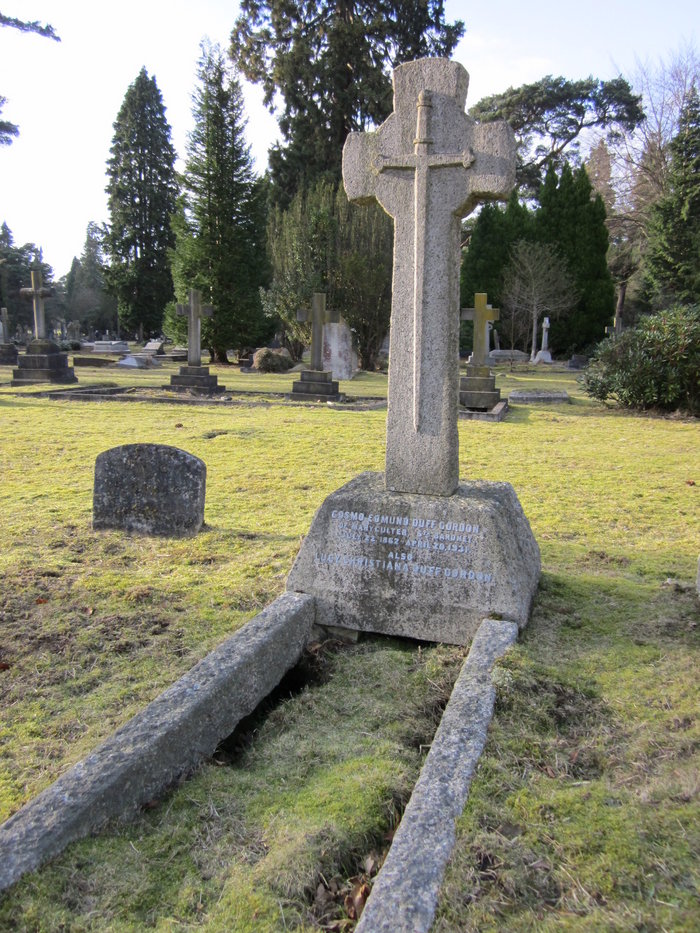 As cemeteries go, Brookwood is not very nice at all. A private burial ground, mired to this day in controversy. Back then, it was owned by the London Necropolis Company.  The Company’s main business of that era –  80% of its burials – was the disposal of London’s pauper corpses. “Buried at parish expense” – as cheaply as possible – just a few shillings each!

Not at all the right place for laying to rest such a famous Baronet and his Lady wife!

Are all these strange coincidences around Harpton Court, the key to understanding the true story behind the Sinking of the Titanic?

Harpton Court (or what survives today) is currently on the market for £450,000 through joint agents Strutt & Parker of Ludlow and Cobb Amos of Knighton.   Cheap at twice the price for a rare piece of (fake?) Titanic history!  Sale particulars at [7a] [7b] [8a] [8b].

On a final note, the photography – both past and present – of this historic place raises interesting questions of its own. 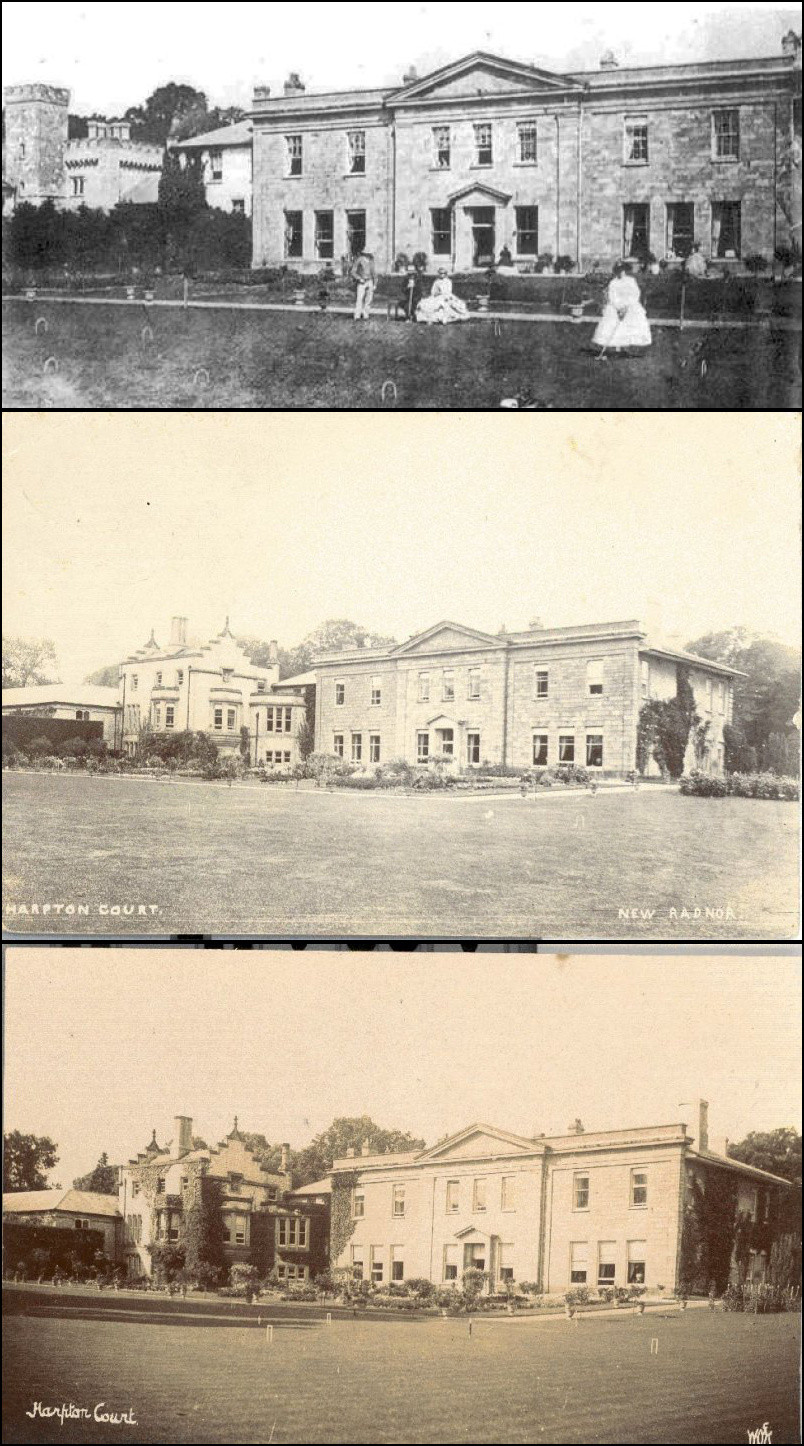 The ever-changing southern aspect of Harpton Court — is this supposed to depict the same place? What became of that tower in the top image? That entire west wing (to the left) appears completely different between the first image, and the second and third images.

Now let’s look at the site from above. Notice the rectangular marking on the lawn, to the south-east of what stands at Harpton Court today:

No ‘footprint’ evidence in any of these aerial photos of the ‘demolished’ east wing; the “most ancient” wing that was apparently “remodelled by Nash” and included that ashlar facing to the south elevation?  When was that part of the building demolished, and why?  (N.B. the rectangular outline on the lawn, to the south-east of what stands today is not in the right place to be the ‘demolished’ east wing.)   Nothing here to see?  Or move along, nothing here to see?!