This blog was founded originally to flush out the creepy-crawlies in our local midst, of which, alas, there are many.  That shall remain its overarching aim.  Keep it Local. There being plenty better venues for analysing national and international topics.

However, in the following case we’ll make an exception to that locality rule. The national scandal below is being thrust offensively in our faces by the local media. Who’ve dressed it up with the barest local slant to get us biting, and to keep the story alive.

The article below was published today in the Ludlow Advertiser (12 Mar). 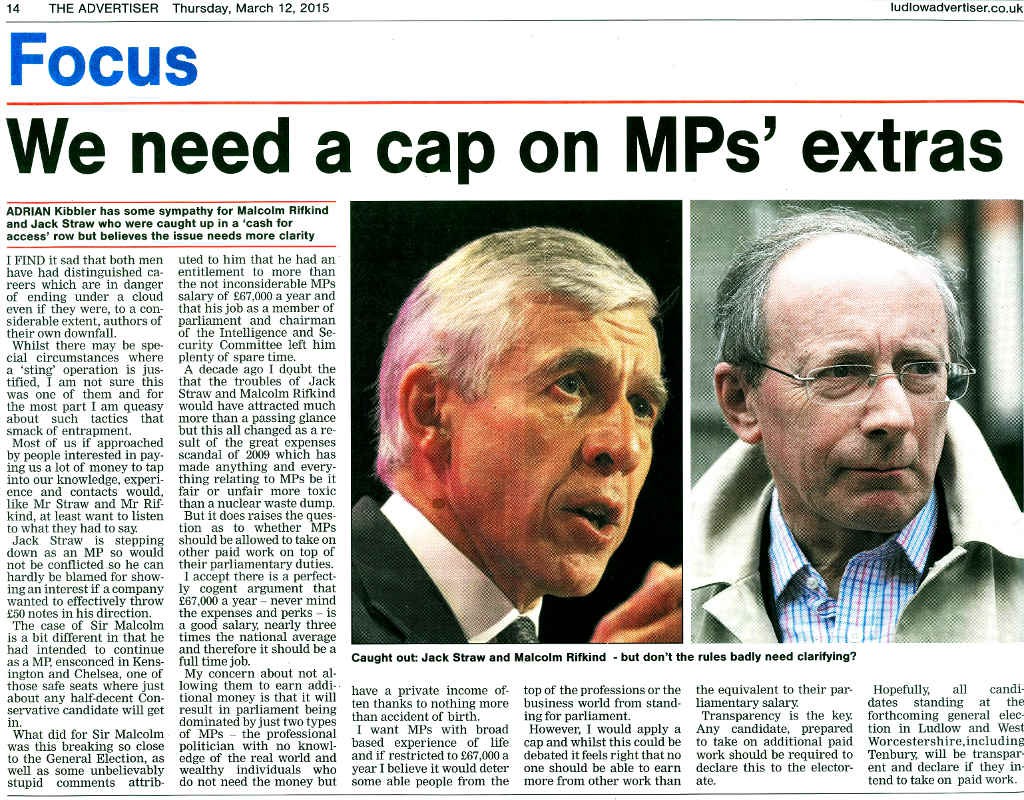 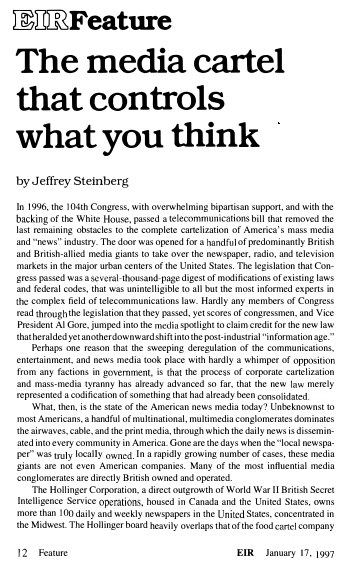 MEDIA CARTEL: controlling what we think

For those outside Ludlow, The Advertiser is a media sewer-hole output for this district; one of the many local rags published in Britain by Virginia-based media giant Gannett Corporation.

Gannett has a deep and long-standing relationship with the hawks in the military-intelligence apparatus on both sides of the pond. In fact, the apparatus runs Gannett top-down.  [1]

Taken at face value, this story – about Rifkind and Straw – might seem like a common-or-garden political sleaze scandal. Evidently that’s how Adrian Kibbler, editor of the Advertiser, was ordered to hack it out for his local readership.

Superficially, what we have here is Malcolm Rifkind MP, a veteran Tory, and Jack Straw MP, a veteran luvvie of “New” Labour, both caught up in a media sting operation. Busted for trying to secure bungs or kickbacks for themselves. Secretly arranging dodgy contracts for what turned out to be a fictitious company. Silly billies. [2]

A classic sting that has the hallmarks of intelligence community handiwork; an exercise in statecraft. Further, an operation relying on the connivance of assets in Channel 4 TV. Those media con-artists who cruelly lured in these two sticky-fingered halfwits. Capturing them on camera in flagrante delicto, secretly shaking hands to seal their dodgy non-deals.  Kerr-ching!  Not!

Recall that C4 is state-run; the Government selects its board; making it Britain’s second state broadcaster.  Her Majesty’s intelligence community effectively ordered and ran this entire operation.

But why pick Straw and Rifkind for the sting?  What do those two gentlemen have in common? Other than being a pair of sleazy parliamentary has-beens?

On those questions, the counter-intelligence work has already been done for us by cold-war turncoat Peter Pomerantsev.   Pomerantsev writes in the London Review of Books, in an article titled “Friends Like These”.   [3]

The answer is Rifkind and Straw are both long-standing friends of Russia. Or they were until rudely interrupted by this sting. Both men had been warmly extending the diplomatic olive branch towards the Russian Federation.  The Kremlin openly acknowledged them both as friends; assets even.

In the current clime, it’s not surprising that Moscow is cultivating all the friends she can get in the West. Relationships with the likes of Rifkind and Straw are key to halting the relentless march for war on Russia;  sabre-rattling that emanates largely, it has to be said, from London.  Perfidious Albion, as ever. Bless her.

Malcolm Rifkind was honorary president of the Conservative Friends of Russia. A group now known by a more bipartisan title of the Westminster Russia Forum.  Same agenda, but today drawing Friends of Russia from both Left and Right.

For his part, Straw recently gave a speech to that Russia Forum. Profusely thanking Russia for her involvement in Syria, and calling for an end to gunboat diplomacy from all sides.  The speech, Pomerantsev notes, went down well with the Russians in the room.  But evidently it annoyed the huffing-and-puffing militarists in the West.

So there’s the motive for targetting Rifkind and Straw with this sting. They were both in the way of the war machine; irritants of the military-intelligence apparatus which today pushes Europe dangerously towards a military confrontation with Russia.  As with most British-inspired conflicts, this would be a war fought through proxies. The blood-letting happening far from Blighty’s shores but using costly British hardware. Kerr-ching! 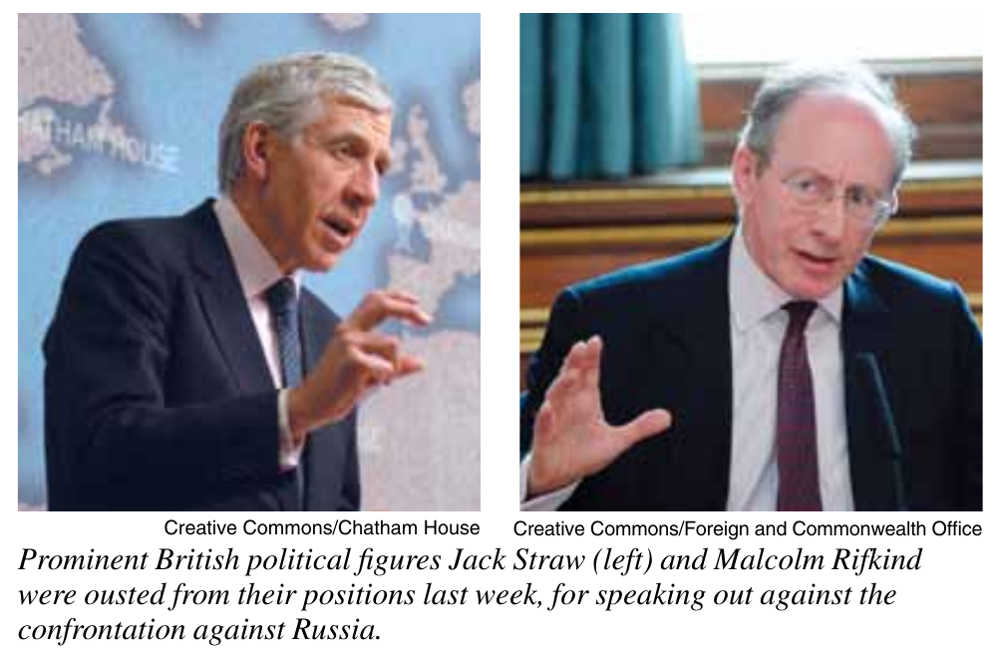 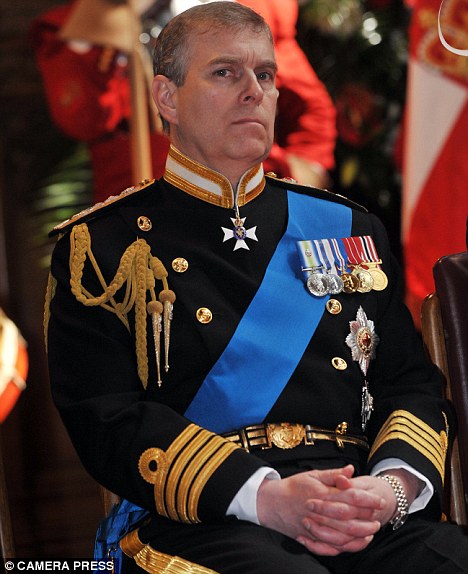 DUKE OF YORK: “we’re now back in the thick of playing the Great Game…And this time we aim to win!”

A Great Game which lures Russia into an inescapable quagmire. The aim, once again, to bog Russia down in a military offensive to internationally isolate her, and then destroy her. This time in the Ukraine.

Dragging out the agony until Russia finally expires, militarily and economically, from exhaustion.  Allowing the Empire to march in, re-define the spheres of influence between East and West, and then loot her natural resources – those vast fields of oil and gas.

This media sting of Rifkind and Straw must be understood in context, says Zepp-LaRouche. Read in parallel to the countless earlier provocations towards the Putin government.  Psychological warfare operations which have been ongoing for years now. A downright tedious hate-fest for those who’ve seen through the obvious perfidy.

The Litvinenko Hoax is perhaps the most glaring and enduring example.   A phony polonium poisoning psyop run out of London by Lord Tim Bell, chief propagandist to Baroness Thatcher. Bell, an old-school Tory, notorious for taking his willy-waving far too seriously.  [7]

According to the Litvinenko narrative,  Putin ordered the poisoning as a birthday present for himself!     Who writes this stuff?!   Silly question. Lord Bell does.  Put it away, Tim!

Back here on planet earth, Helga Zepp-LaRouche, analyses the latest alleged assassination of one of Putin’s critics, Boris Nemtsov.   Nemtsov was deputy PM during the Yeltsin presidency.  Mysteriously gunned down this week, with seven shots, in broad-daylight, in the shadows of the Kremlin.  While Putin “pissed himself laughing” (phsl) obviously.

Zepp-LaRouche chalks this one up as a false-flag job;  a brutal slaughter carried out by rogue elements desperate to incriminate Putin and start WWIII.

Let’s be more daring and call it out as an outright hoax;  one in which no one died.  A hoax in which “murdered” Nemtsov, a burnt-out ex-politico with no chance of a political come-back, was secretly spirited out of Russia; possibly to live out his days as an “officially dead” exile in London.  With the staging of his fake murder scene – and nobbling of the “investigation” – left to rogue apparatchiks embedded within the security-intelligence apparatus of the former Soviet Union.   Footsoldiers of those hawks in Russia also pushing for war.

Much the same gameplan plays out today in Argentina, aimed at overthrowing—if not killing—the President of Argentina, Cristina Fernández de Kirchner. [8] 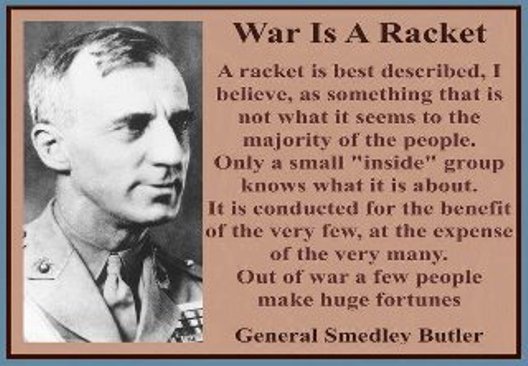 At this point let’s remember Smedley Butler‘s warning that war is a racket in which a handful of oligarchs – on both sides – make a fortune at the expense and ultimate sacrifice of the many.  General Smedley Butler was the most decorated Marine in US history. So he should know what he’s talking about!

Months later we are still being dosed up with that god-awful Malaysia Airlines Flight 17 narrative – another provocation.  Did beastly Putin really order the airliner to be shot down over Ukraine?   Killing all those innocents?  Demonising himself throughout the world media, as you do?  Or was it maybe an engine failure after all?  Or perhaps a “remote-controlled crash” with none aboard; the so-called “Von Bülow Theory” ?   Or maybe airplane debris was scattered across the Ukrainian “crash site” to look like a plane disaster?  Or was it just another photosloppery job?  A photo-fraud by some spotty-faced “media student” sitting at his Apple iMac Pro, and trained in the art of deception?

Stop!  More than enough chatter on this “load of old fanny”, as one wag puts it. 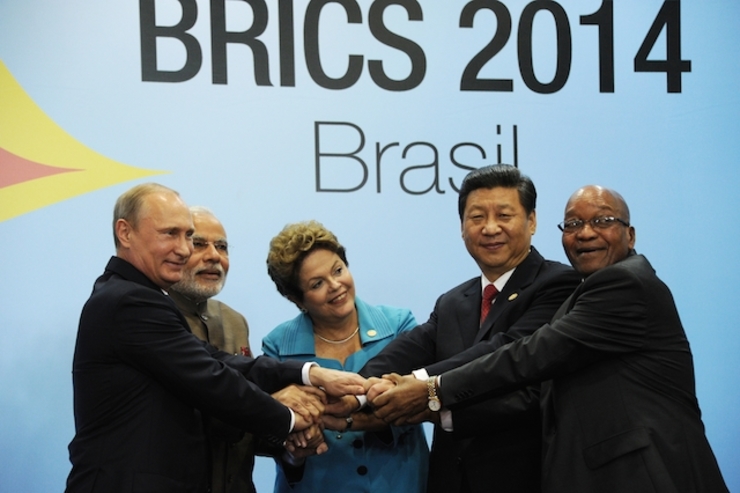 Zepp-LaRouche’s article is well worth a read;  she briefly covers the BRICS Agreement which is rapidly taking shape between the component nations of Brazil – Russia – India – China – South Africa.

The participants in BRICS aim to build a new, just world economic order.

The advent of BRICS is important for understanding why Russia is, today, permanently in the cross-hairs of the Anglo-American financial-military empire.  The BRICS Agreement gravely threatens the empire’s continued hegemony.

In fact, BRICS could leave the entire financial future of the City of London-Wall Street nexus in a state of irreversible ruination.

Yet there aren’t really many options here.  The Anglo-American empire has almost completely de-industrialised us.  The US, and more so the UK, have no physical economies of their own any more. The cancerous Empire produces nothing. Instead it thrives on looting raw materials from foreign lands, and from plunging the world ever deeper into debt. The City and Wall Street – the modern Venetian Empire – has survived only until now by plundering other nations on all continents, as well as its own hosts. And today it is essentially bankrupt.  The Empire desperately needs this war with Russia just to survive financially.  [9]

If there is any ‘local slant’ on this story – it is the palpable failure of all election candidates, including our sitting MP – the War Minister Philip Dunne – to be candid about these provocations on Russia, and their real purpose – to start a war to save Wall Street and the City of London from collapse. 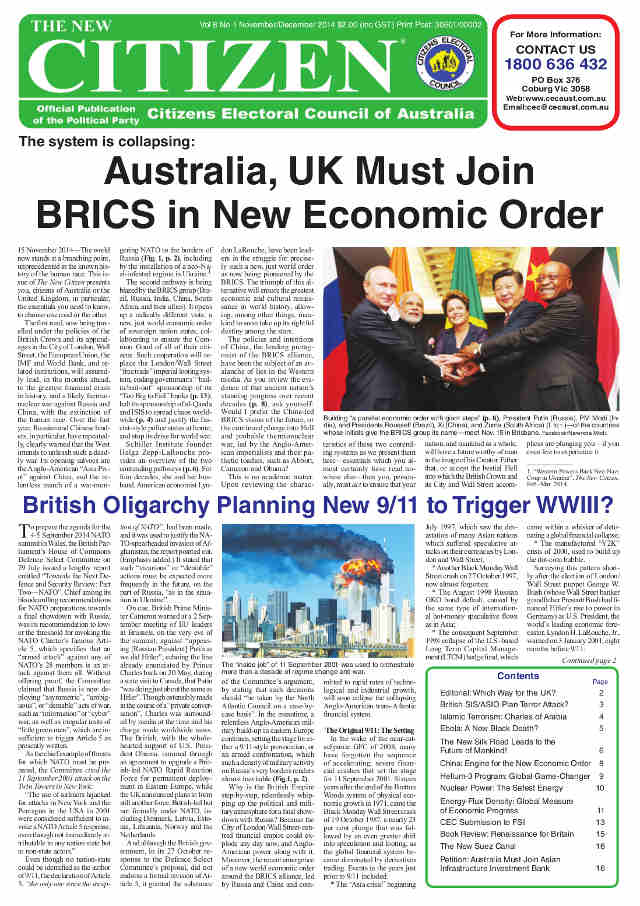